Hello, Constant Readers, and welcome to a Very Special installment of the We Happy Few Blog. Don’t worry, I’m not here to tell you not to get in cars with strangers or do hard drugs or play with guns (although…don’t). I won’t even lecture you about the dangers of drinking, because that would be both extremely hypocritical of me and directly contrary to what I wanted to talk to you about. No, I wanted to tell you all about a little staged reading we did for our friends at Eat the Rich last night, in celebration of Star Wars Day and their week-long Star Wars party, complete with a themed menu and (if I may say) excellent drinks. 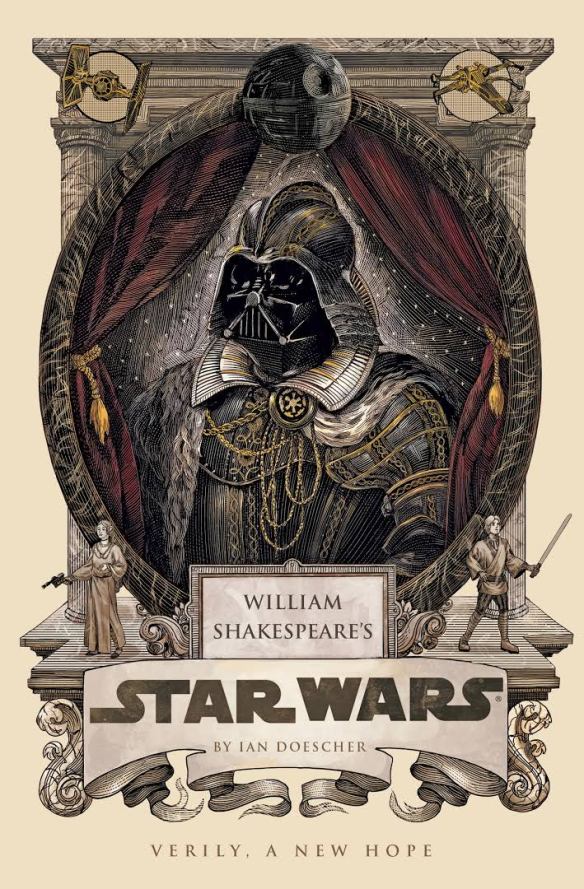 That’s right.  Ian Doescher was crazy enough to adapt Star Wars into Shakespearean language a couple years back, and we were crazy enough to read a portion of it (the cantina scene, for obvious reasons), because, let’s be real, it would be hard to keep us away from something as nerdy as this. The primary reason for all of this was mostly just that it was fun and silly, and despite my best efforts people want to have fun and be silly sometimes.  But there’s at least a little bit of unpacking that we can do with this, and since it is my job to overanalyze and suck the joy out everything I touch, let’s get into it!

The key for us to remember here is that part of We Happy Few’s mission is to play around with classic texts and discover new and interesting things that we can do with or learn from them by approaching them from a different direction.  As you will all recall, our definition of “classic” is intentionally obscure, because while we want to explore what makes old stories great we don’t want to be stuck only telling Shakespeare and the Greeks. Those are good stories, GREAT stories, but they aren’t the only stories. So we loosen our definition a little. Star Wars might not be as old as Hamlet or The Iliad, nor as critically acclaimed as Long Day’s Journey into Night or The Crucible, but there is no denying that it is both a classic of American film and one of the most important science fiction films ever created.

The interesting thing about Star Wars occupying such a significant spot in the pantheon of cinema and storytelling is that it isn’t a particularly innovative story. Other, better writers than me have written at great length about how Star Wars follows Joseph Campbell’s Hero’s Journey like Campbell himself wrote it as an example of how to execute the Hero’s Journey, so I will spare you the blow-by-blow of how perfectly Obi-Wan slots in as the Mentor or the way that each film so well encapsulates both a miniature Journey AND serves as a portion of a larger Journey spanning the entire trilogy (I assure you if you would like to follow up on that there are countless thinkpieces here on the Onlines for you to peruse). Lucas and co. took the bare bones of a story, the foundational tools of the concept of Storytelling, and they wrapped it in their own words and vision and images and ideas. The bones are still there and they are what makes the story work, but that isn’t what makes it the best science fiction movie ever made; it was the craftsmanship. 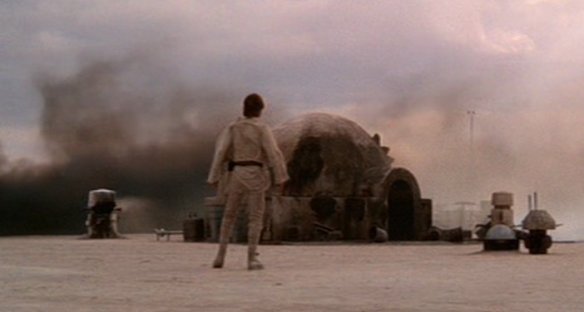 In similar fashion (and this is actually one of my favorite things about Shakespeare) almost every play he ever wrote was  based on another, older story.  Pore through the index of Geoffrey of Monmouth’s Historia Regum Britanniae or Holinshed’s Chronicles and you will see names like Lier, Kymbeline, and MacBeth. Caesar, Anthony & Cleopatra, Coriolanus, Timon, and Pericles were all famous names and stories to the Romans. An Italian novelist by the name of Matteo Bandetto wrote something called Guilietta e Romeo some 50 years before Shakespeare wrote his own, suspiciously similarly-named play.  Boccaccio’s Decameron is riddled with the plots of comedies and tragedies alike, and there are countless other plays in English and Italian from the previous century filled with twins, mistaken identities, crossdressing, shipwrecks and all the elements we now associate with Shakespearean comedies. Why did Shakespeare’s version succeed where all those other interpretations failed? He was a better writer than they were. We don’t read Shakespeare for the story, we read him for the poetry. Without the poetry Romeo and Juliet is as hackneyed a story as they come, and no one would tolerate Hamlet’s whining vacillation if he didn’t articulate it so beautifully. The plot isn’t the important part; what matters is how we tell it. We remember Shakespeare for bringing those basic stories to vibrant and beautiful life, just as we remember Star Wars for creating a thoroughly believable and livable universe and characters out of the most basic building blocks of storytelling.

Which, of course, brings me back to the reading we did last night, of Doescher’s retelling of Star Wars in the language of Shakespeare. If what I just spent the last thousand words going on about is accurate (and it is) then that reading would represent the perfect marriage of the world-building of Star Wars with the poetry of Shakespearean iambic pentameter, supported by the unshakable storytelling core of the Monomyth and brought to glorious life by our crack team of performers. In theory, by the numbers, it should be the most spectacular, memorable work of fiction ever conceived!  Was it?

No. It was silly and it was fun, which was the point. Doescher isn’t Shakespeare, nor does he claim to be. He put them together because they are two things that he enjoyed and he thought it would be fun to put them together.  We read it for the same reason (and also because Eat the Rich asked us to). Not everything has to be deathly serious and utterly committed to artistic integrity and literary theory, .  Sometimes things can be fun.

Speaking of fun, I strongly encourage all of you reading to check out Eat The Rich’s Star Wars Celebration, going on this whole week (including tonight and tomorrow!)  You should absolutely go tonight, and maybe for a little while tomorrow, before you come to OUR FUNDRAISING EVENT, conveniently located nearby just a few blocks from Eat the Rich! I hope to see you there!

May the Force be with you,

1 thought on “STAR WARS? From the Screen to the Page to the Bar”